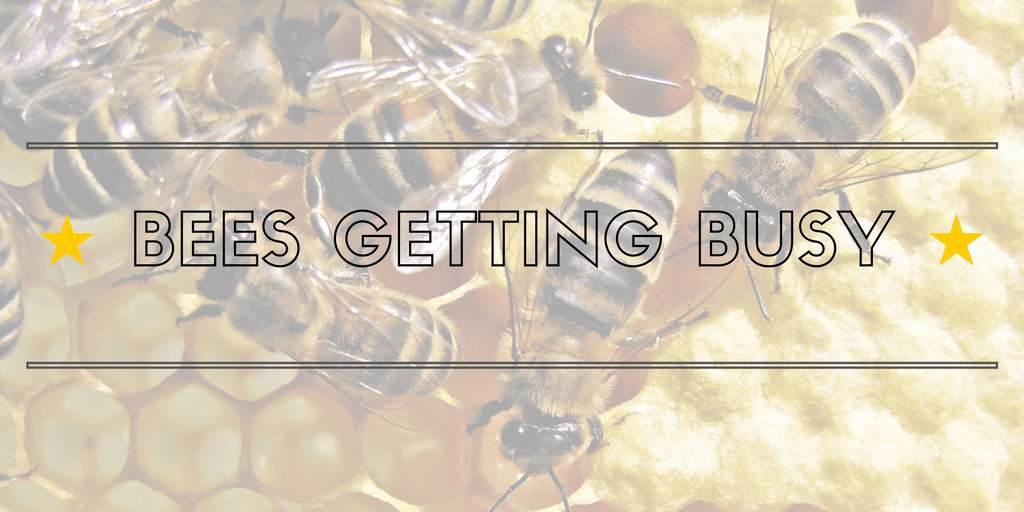 Stories for Melodia by Deborah Medley

My brother-in-law Jaime walked into the cottage one sunny, warm afternoon carrying a large bowlful of honeycomb freshly excavated from our beehives at the back of the property. Bees were a new venture for Jaime, and none of us, not Raul, not I, and not even Jaime had any experience in the bee business. We were city folk recently relocated to a small farm in the village of Vilcabamba nestled high in the Andes Mountains of Ecuador. We were there for adventure, for clean living, for experiencing the pastoral life and for becoming one with nature.

Jaimeʼs honeycomb was dripping with thick, golden honey. He put the bowl down on the table, and after sharing a tiny, tempting taste of the honeycomb with me, he made it clear that no one was to touch his precious golden treasure. The plan was to leave the honeycomb in the bowl, to allow the honey to drip from the comb and collect in the bottom of the bowl. Then we would scoop it up and enjoy the first honey from our new hives. “Donʼt eat all the honey before I get back,” Jaime teased me good-naturedly.

Jaime went on his way, and I was left alone in the cottage to tend to my daily tasks. Ecuadorian custom called for afternoons to be reserved for siestas, and as the day progressed and my gardening and cooking tasks were finished, I lay down on the bed for a quiet rest. The calming sounds of birdsong and insects buzzing lulled me into a comfortable sleep.

In a state of half sleep, I noticed the buzz of a bee. Iʼm very allergic to bee stings, in fact so allergic that I am not supposed to be stung. If I am stung, I require immediate emergency medical treatment. In the mountain valley where we lived, there was no such thing as emergency care. Nor were there telephones available for calling for help of any kind. No neighbors resided nearby. We were alone in Nature there to become one with the universe. It seemed so idyllic…until the buzzing became louder.

It wasnʼt long before the buzzing of the bees grew to a roar, and the lone bee which had awakened me from my nap had returned accompanied by a ferocious army of bees. Bees on a mission were flying in squadrons, and they were headed for one location…the bowl of honeycomb on the table next to the bed where I had been sleeping so cozily, sleeping and dreaming inside the cottage where the doors and windows had been flung open to welcome the warm and sunny afternoon of the beautiful mountain valley, where I sat bolt upright in the bed, knowing the situation had become grave.

With nowhere to go, nowhere to hide from the angry swarm, I reached for a sleeping bag at the foot of the bed and climbed in, zipped it up, and grabbed the top opening tightly with both hands, squeezing it hard to seal myself in. The swarming and buzzing went on for what seemed like hours. I heard the honey-makers working as hard and as fast as they could. I wasnʼt sure what they were doing. I hoped they didnʼt smell the honey on my lips from tasting the honeycomb earlier. I wasnʼt so sure they wouldnʼt try to take it back from me.

Inside my cocoon, I pictured the raging legion of bees flying and crawling over and around the sleeping bag. Afraid to even let out a whimper, I stayed as still as I could, barely breathing and most certainly begging forgiveness for having stolen what was not mine. I thought I could hear in their buzzing a communication of sorts, not meant for me, but rather meant for their contingency. The buzzing had tone and rhythm and volume which made a repetitive pattern, as if the bees were calling out orders, chanting a work mantra, and singing a victory song.

After an eternity, the buzzing quieted down, became more distant, and finally, again, I heard the quiet buzz of a lone bee. Slowly, cautiously, deliberately, I allowed a bit of light into the sleeping bag, put my eye to the opening, and peeped through. I could see clearly the bowl of honeycomb on the table next to me. There were no bees to be seen. Not in the honey bowl, not in my little room, not in the little cottage, and not buzzing around on the porch, which I could see through the open door through the peephole in my sleeping bag.

Like a squirmy chrysalis emerging into the light, I peeled away from the sleeping bag and stepped quietly, slowly toward the honeycomb bowl. Bending over the bowl, I saw what the bees had done. They had removed every drop of honey from the combs and taken it away.

When Jaime and Raul returned later that evening, excited to dip into the honey for their first taste of our beeʼs delicious handiwork, I saw two pairs of accusing eyes staring at me in disbelief. 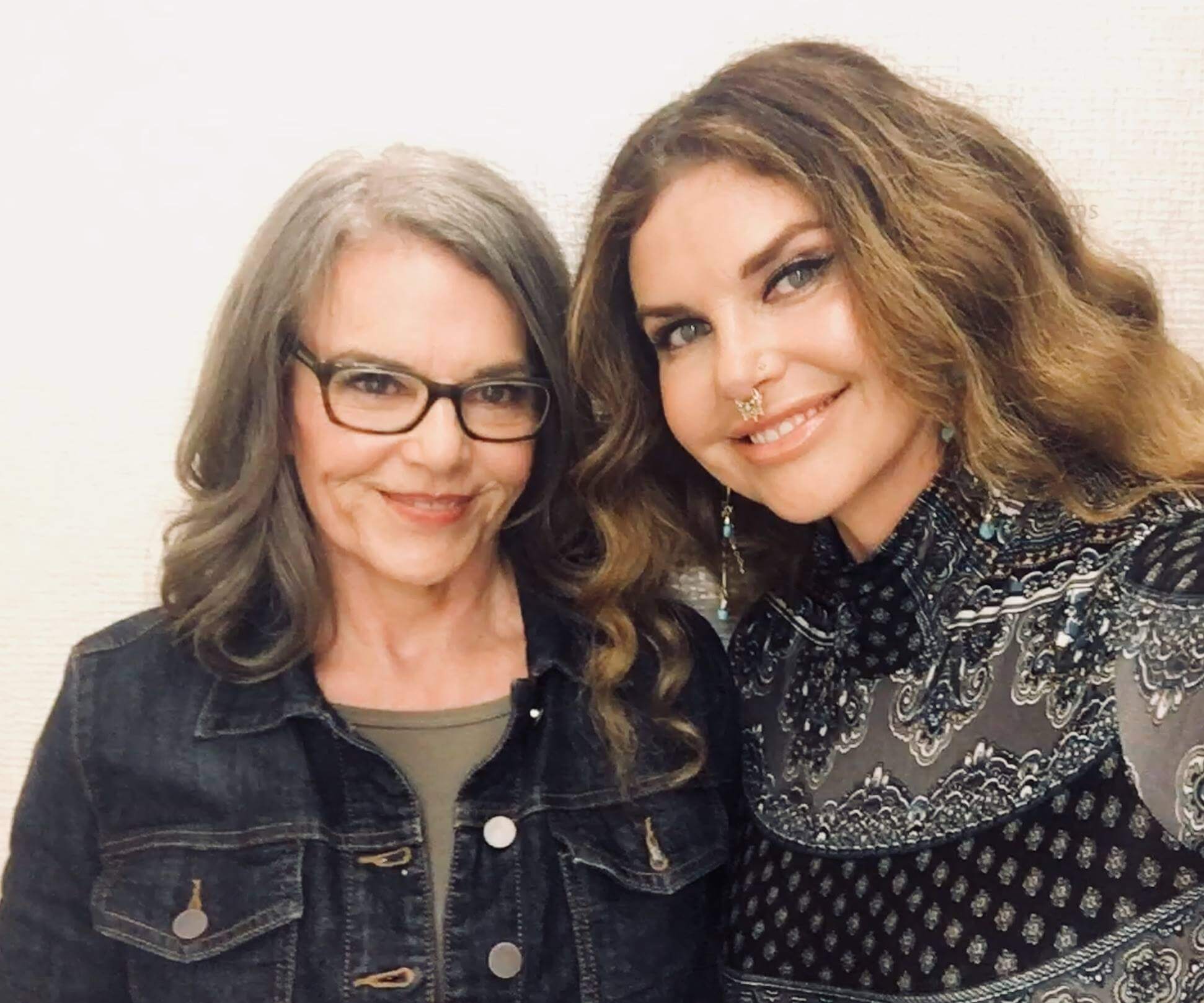 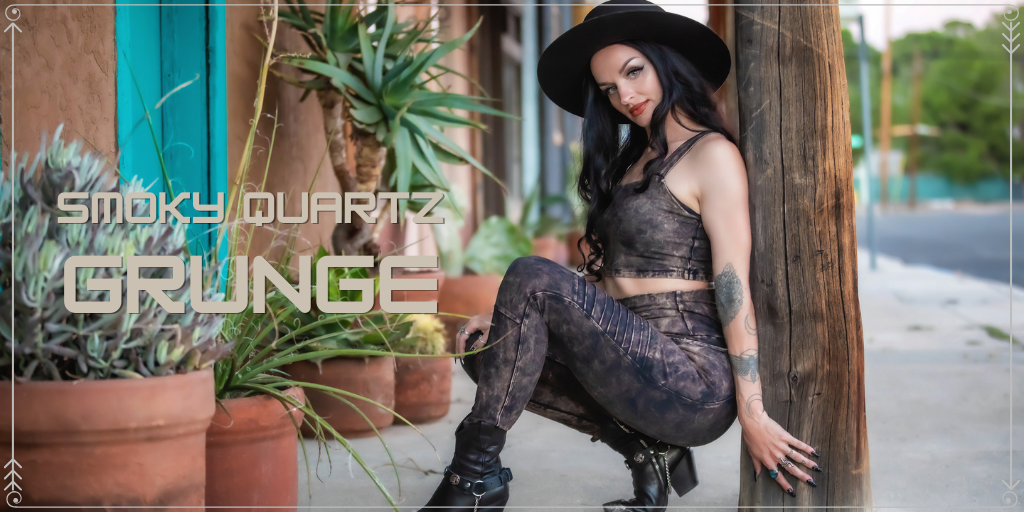 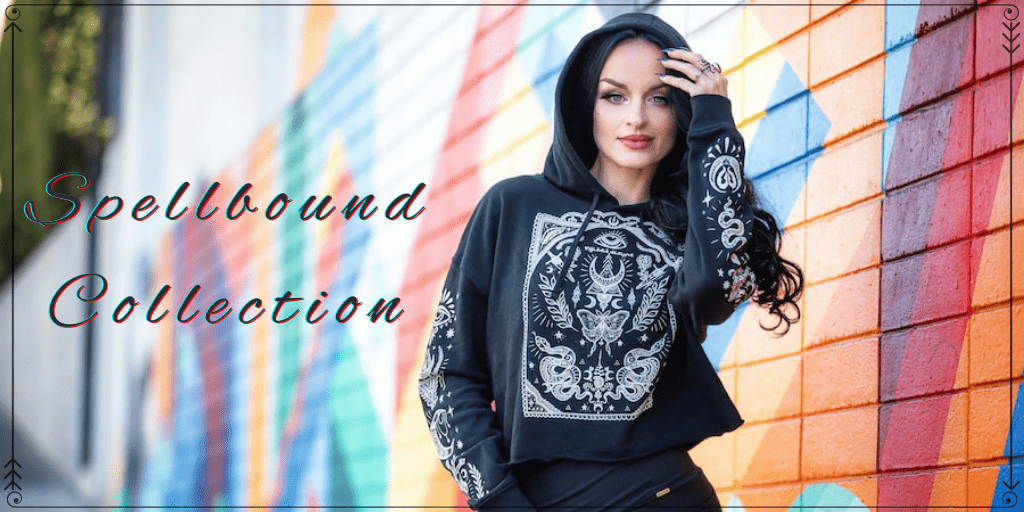 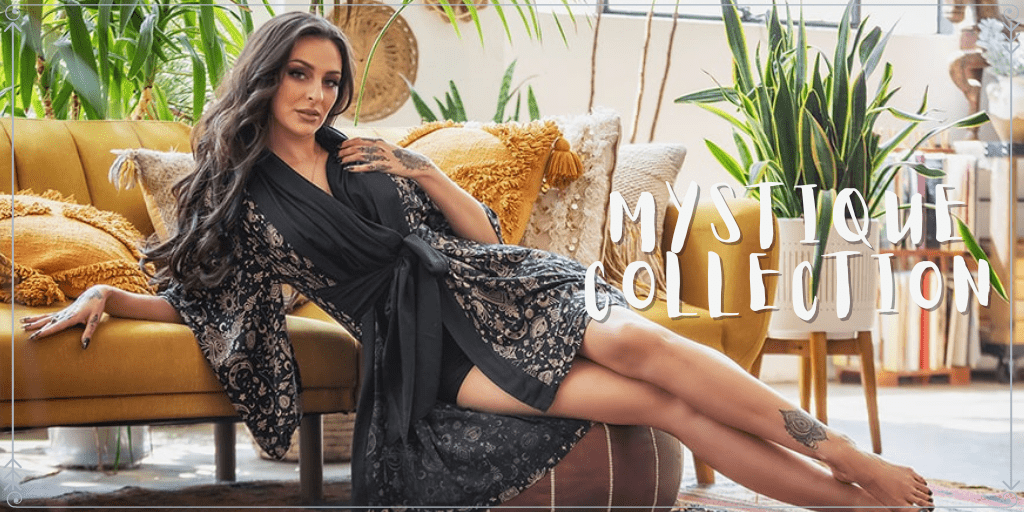 After wrapping up 2022 in style with Zoe Jakes‘s workshop and her epic performance with Beats Antique at the Music Box on NYE, I’m excited

One of my favorite aspects of being a clothing designer is collaborating with artists to create my exclusive prints. The Mystique print is a wonderful