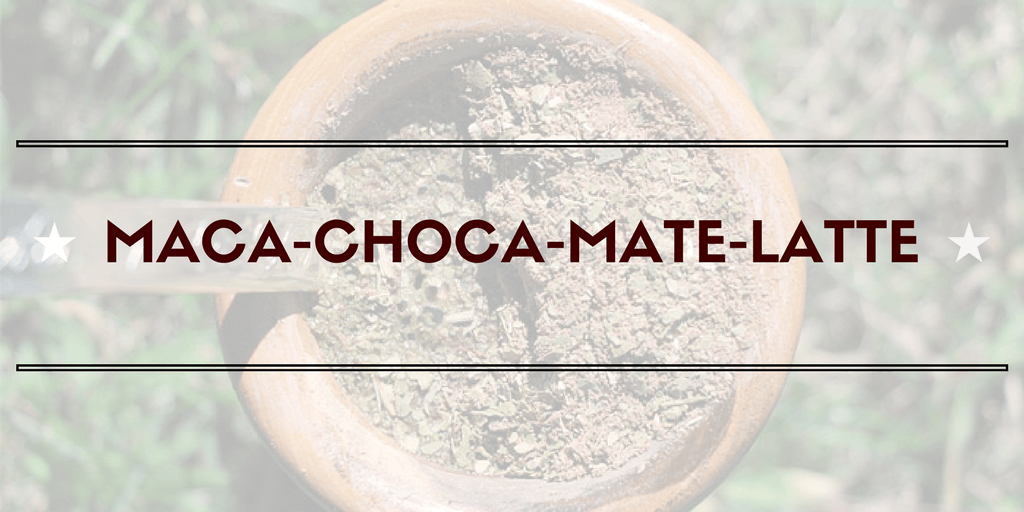 Serves 2, with refills of course.

MACA has a malty flavor and builds stamina, energy, and sexual potency; reportedly taken by Incan warriors in battle to increase their strength and endurance

YERBA MATE is an Amazon tea, offering Theobromine, which stimulates the heart and cardiovascular system.

ALMOND has been known as a symbol of fertility throughout the ages. The aroma is thought to induce passion in a female.

CHOCOLATE was revered by the Aztecs as “nourishment of the Gods”. Chocolate contains the chemicals Theobromine and Phenylethyline believed to affect neurotransmitters in the brain. They are known as Love Chemicals produced when we fall in Love and during the Big O.

HONEY was used in medicines in Egyptian times in cures for sterility and impotence. Medieval seducers plied their partners with mead, a fermented drink made from honey. Lovers on their “Honeymoon” drank this honey wine and it was thought to “sweeten” the marriage.

NUTMEG was highly prized by Chinese women as an aphrodisiac. In quantity nutmeg can produce a hallucinogenic effect. A light sprinkling of the spice can help spice up your evening.

VANILLA scent and flavor is believed to increase lust. I would expect nothing less as it turns out that vanilla bean comes from the reproductive part of the exotic orchid flower.

CINNAMON fragrance has a long tradition of lore regarding its use as an aphrodisiac. For example, an attar (essential oil or oil blend) of Cinnamon was said to have been used by Queen of Sheba in her seduction of King Solomon.